Coastal IVF takes the time to find the right diagnosis in order to individualise treatments and maximise results.

There are many factors (both male and female) that may affect the ability of a couple to conceive. By identifying what these are, treatments may be targeted and directed to achieve success. It is important to know that majority of fertility issues can be treated without the need for IVF!

In a couple with normal fertility, intercourse at the time of ovulation results in a pregnancy rate of approximately 30%. This is the best nature can do and all reproductive technology success rates need to be interpreted with this figure in mind.

Ovulation (the release of an egg) is a complex process that begins with the brain signalling the ovary to recruit and develop follicles. One of these follicles may grow to become the ‘dominant follicle’ and release an egg. Unfortunately a woman’s ovarian reserve (the number of remaining eggs) and more importantly the quality of the eggs, diminishes with advancing age.

Conception occurs following intercourse around the time of ovulation. Sperm tracks through the cervical mucous, the uterus and into the fallopian tube where the released oocyte (egg) is situated.

If a sperm penetrates the egg, fertilisation occurs and a multi-cell structure called an embryo is formed. Roughly 5 days after ovulation, the embryo enters the uterus and implants into the lining (the endometrium).

Unfortunately, up to a quarter of early pregnancies will miscarry, most often due to a spontaneous genetic defect within the embryo, and nothing to do with the mother or father.

With that in mind, conception rates can be enhanced by a healthy lifestyle and is inhibited by obesity, cigarette smoking, excessive alcohol consumption and drug exposure. 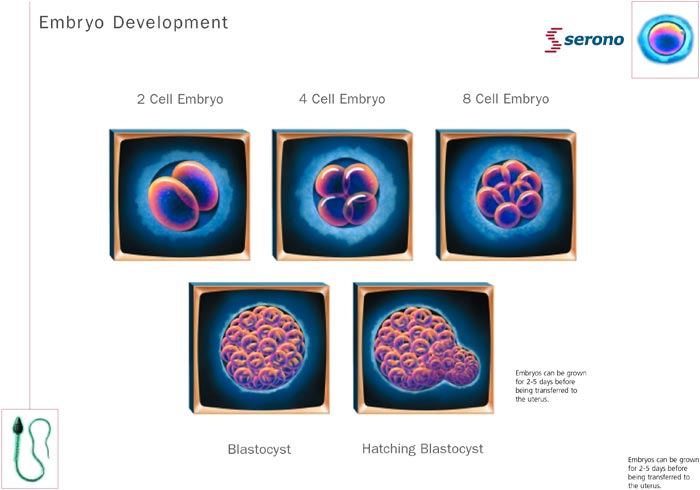 In our society 5-10% of couples have varying degrees of infertility.

When do I seek advice?

When should I seek advice about fertility?

If any of these apply to you, please make an appointment to see us at Coastal IVF.

Did you know? Failure to conceive is often the only symptom of endometriosis. Early investigation means early diagnosis and more effective treatment.

How do I know if i have endometriosis?